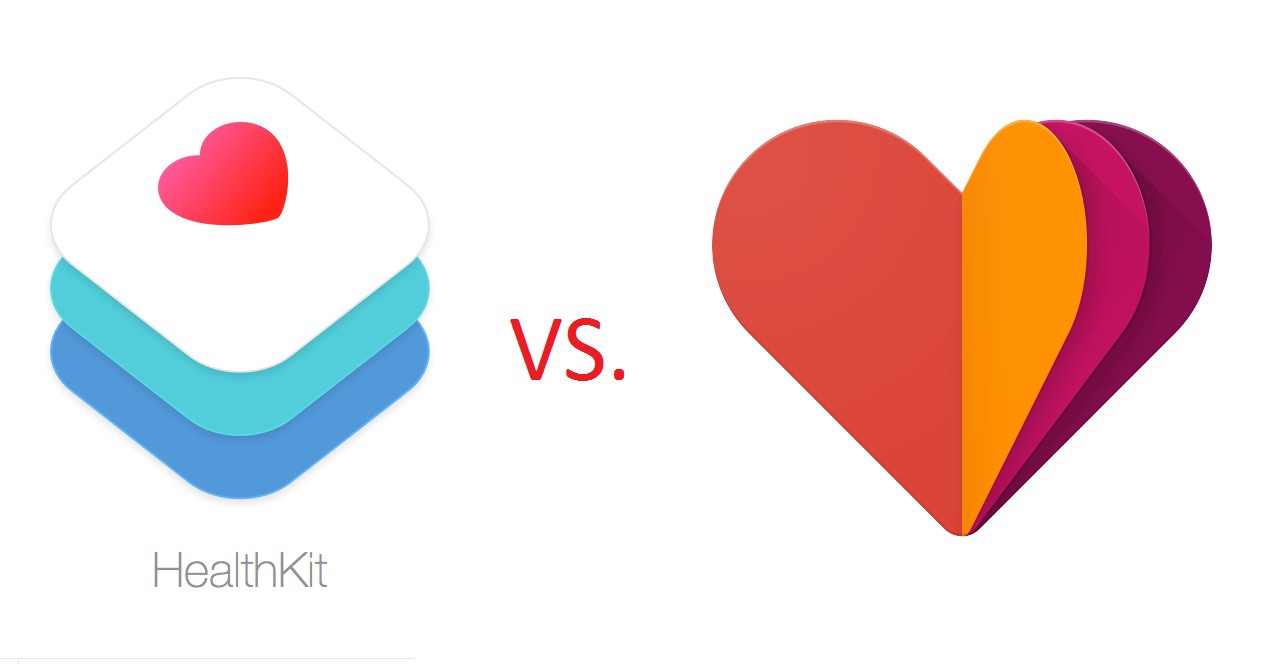 The war between the two major OS, Apple and Google doesn’t seem to stop just at smartphones and wearables, as the two are competing hard to become your health expert as well.

Thus, the stage is set for a heavyweight battle: Apple Health vs. Google Fit. They are headed towards a square off to vie for control of an already-saturated health monitoring and mobile fitness market.

Both Apple Health and Google Fit are putting in best efforts to be your most-preferred fitness platform, and now with the arrival of Android Wear 2.0 and the latest updates to the Apple Watch and iOS, both are getting ready to pave your health in a much admirable way.

Originally, Google Fit was a software framework. It helped the app developers and hardware makers for recording, logging and displaying health-related data and requires  just a little amount of coding. However, by the end of 2014, it left the developer labs and turned into a fully-fledged consumer-focused venture. And now it has grown into a proper fitness app that can track your steps, workouts, as well as comes useful during your gym sessions.

Apple Health  functions in the similar way,  but varies a lot from Google Fit on the grounds of designs, security and much more. As a matter of fact, it too sucks the data from the entire fitness apps and wearable companion apps on your iPhone and Watch, comprising of Apple’s own Watch workout app.

Thus, it gathers the data at a whole single place, hence making the data interpretation simplified and sophisticated.

So what makes them the difference and how to realize which app works best for you? Let’s compare.

Google Fit:  One of the features that makes it even more attractive is its spectacular design that charts the user-friendly designs encompassed with simple structural elements. But it comes with a tiny glitch as here the users are required to swipe the screen every time they wish to access some new information. However, to overcome this issue, the team ensured that the user gets comprehensive information about his/her activities.

Now what makes the app interactive are the animated snippets that are received by the users as a reward upon accomplishing a set goal.

HealthKit:  The details, here again, resembles with the ones that are offered with Google Fit. But the one inclusion that makes Apple steal the show is the feature which enables users to compare their attained metrics on a single screen.

So, with this way, users can grapple a better level of experience across all the health related virtues and can avail information more easily.

It comes up with the major feature that allows the users to create their own personalized data types.

HealthKit:  HealthKit succeeds in impressing the users here by adding glucose, blood alcohol level, diet, sleep analysis and more on its list. However, it doesn’t enable users to customize data types as desired by them. They are required to stick with the official list, anyhow.

Google Fit: Here the data which is stored in the application can be shared with third-party apps. However, to initiate this action the app requires having user’s permission.

HealthKit: In the aspect of security as well, Apple stands tall as it has health-focused partners  on the list, that only allows selective sharing. It adheres to all the prescribed standardized features for sharing the data onto the reliable and sophisticated networks only.

HealthKit:  In this aspect as well, Apple successfully rules the chart by having health-focused partners also on the board, including Mayo Clinic and EPIC software. Apart from them, it boasts off Fitbit, Withings, Nike, Runkeepers, and much more.

Despite the comparison, it won’t be just right to say HealthKit is better than Google Fit. As, ultimately, it comes down to your choice. After all, both the platforms are offering a better landscape for developers and users via improved healthcare mobility solutions. Hence the decision to choose one depends on your client base, features you prefer, and the app development budget.

However, there are some notable differences as well, like HealthKit is engineered towards overall wellbeing, and in the case of people who have to keep a check on conditions, it fits their bill. Coming to Google Fit, this platform offers more variation in workouts, and now with Android Wear 2.0 it’s even better at accounting for various kinds of exercise.

Rapid growth Healthcare and Fitness Apps are quite noteworthy and going with this trend we expect some other more big and innovative changes to strike the unforeseen market trends. Thus, it is now the right time to club with the market with your developed health and fitness iPhone or android app. So, visualize all the latest trends and discuss your ideas with a reliable mobile app development company or hire the developers and the in order to initiate the journey of getting well being.