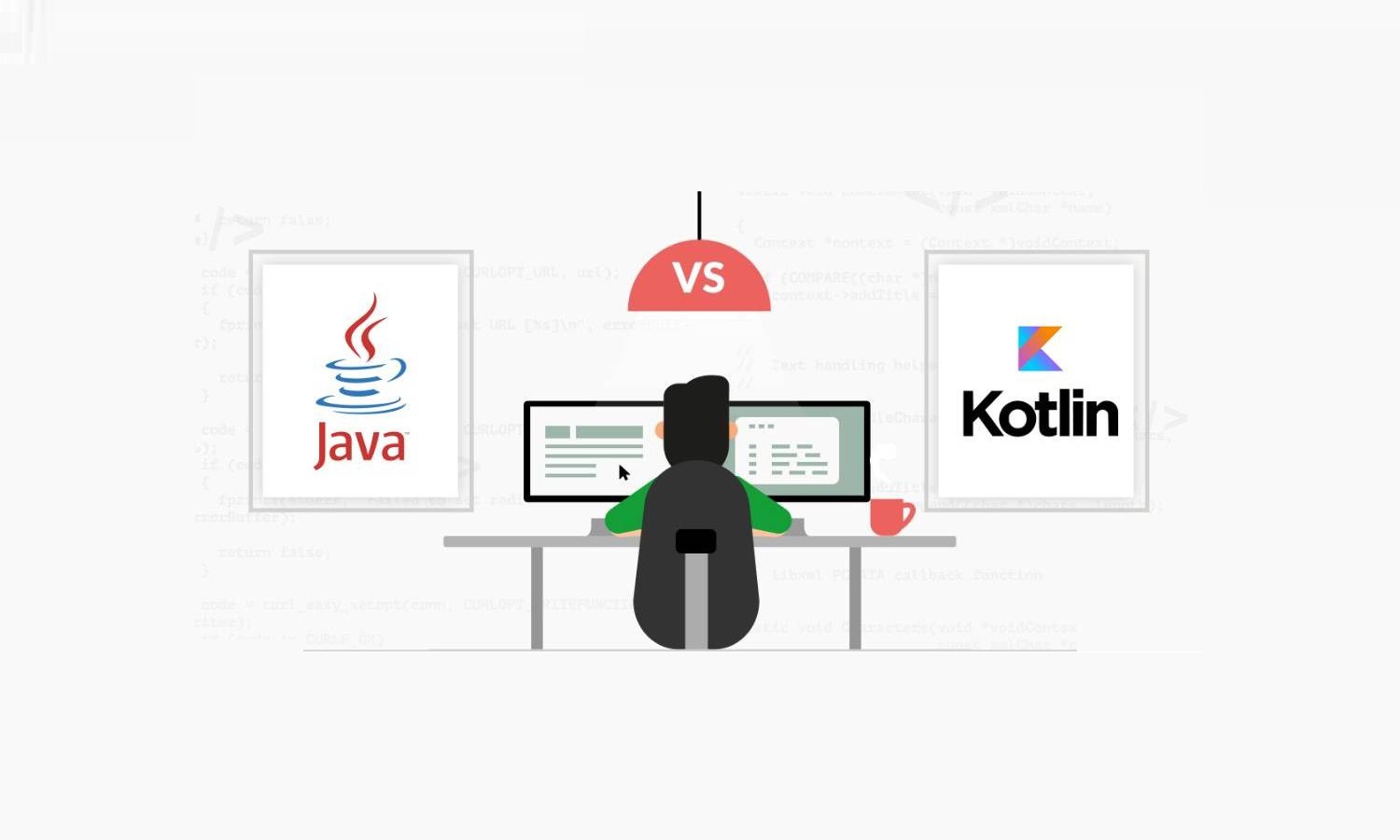 This question often comes in mind of a mobile developer and this battle had commenced since the release of new programming platform Kotlin in 2011. It’s a new era even the advanced language as java are suffering and are given tough competition by its competitors. Kotlin was developed by JetBrains so that this language can fill the gaps which are left by java. The new developers got attracted to this new language and it had become a success in the past few years. It had gained more recognition when Google announced that it had supported kotlin as its major language for the development of the android application. This led to the major rise of kotlin developers.

Now the old question comes to the forefront that can this new language is the replacement of the old java? In this article we would be doing a comprehensive comparison between Kotlin vs Java. We would be discussing in detail about the various differences, advantages, performance and its future scope so that all this can help you in choosing the best according to your requirement.

Kotlin is an advanced and modern programming language developed by JetBrains. It is an open-source programming language. It tools and utilities are developed by a renowned company like IntelliJ, IDEA, PhpStorm, and others. Kotlin is a statically type of language it has several features as well as the functionality of full-fledged object-oriented programming. One of the advantages of using kotlin is that it is completely compatible with java virtual machines. Google has announced that it is the official IDE for android development. It can be used in various type of applications. The other thing is that it can be used in both server-side and client-side web interface for the development of android apps.

Java is one of the most powerful high-level programming languages, the best thing about java is that it objects oriented and has encapsulation of data in it. You can also use the various class to enhance the working of the java. It was released by the sun microsystem in 1955, java comes with an added attribute like reliability, security and efficient performance. It can be deployed for various type of web as well as a mobile application and provide you options for single as well as a distributed environment on the internet.

One of the best things about java is that it is a platform-independent language. It works on the philosophy of WORA (write once run anywhere). It is one of the most used languages and approximately nine million developers like it. Java is one of the most popular programming languages made in the history of computers, it is used especially servers, web and various types of Android application development. 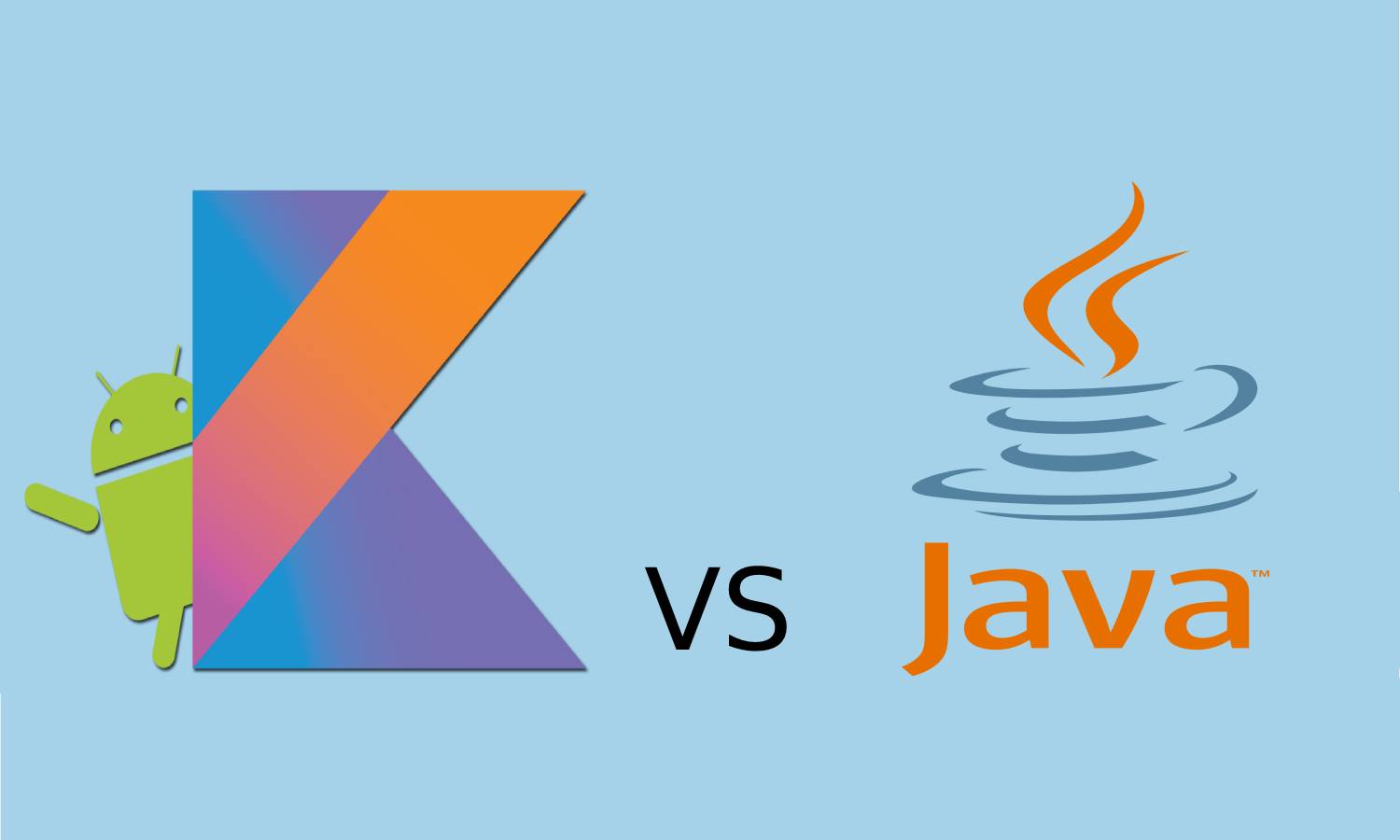 A comprehensive comparison of features of java and Kotlin which have played a major role in making them famous. 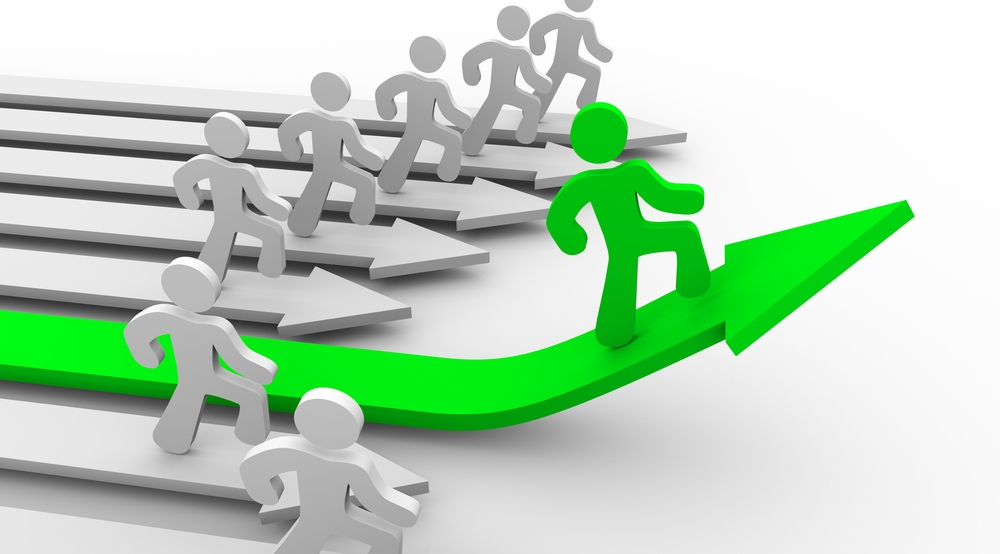 Advantages of Kotlin vs Java

Seamless integration with an android studio- kotlin integrates itself so well with the android studio that the developers find it very easy and love its experience.

Differences of Kotlin vs Java

Kotlin is very much similar to Java but if you do a thorough comparison you find few differences in them.

Kotlin- all types of variables are non-nullable it means that null values cannot be assigned to variables and objects. If somehow developers try to assign or return a null value then the code will cause an error at the compile time. This can be done by using specific syntax or commands which are used for assigning null values.

Java- it is one of the frustrating issues in java, one can assign a null value to variables but whenever a null value is called a null point exception is thrown.

Kotlin- kotlin has data classes and hold data in the most basic way. The developer has to use the keywords in its definition class and the rest of the things are taken care of by the compiler.

Java- in java developers need to write a lot of code for classes to hold data. They need to define various things like constructors, get functions, equals () and other things

Kotlin- in kotlin type inference is on the next level. You don’t need to specify the type of variable as the compiler will automatically guess it on its own.

Java- in java it is necessary that you specify the type of the variable by a declaration code.

Kotlin vs Java: which is easier to learn?

There are various different factors are responsible for the learning curve of programming language. The most basic thing is the syntax. Kotlin is a bit more demonstrative than java. Kotlin can have much cleaner code than java which makes it more understandable and readable.

Kotlin is an easy language and can be learned by java programmers easily. As it is mostly like it except for syntax. It is easy to learn if a programmer already has knowledge of java as it most concept and functionalities are similar.

In the end, we would like to say kotlin is a bit better for mobile app development than java.